In case you missed it, here’s my coverage of FloydFest 21 for Glide Magazine; it’s essentially my highlights reel. Spoiler alert: Billy Strings and the Avett Bros aren’t here, man.

I recently had the chance to chat with the legendary Dale Crover, drummer for the Melvins. We talked about their new album, “Pinkus Abortion Technician,” Crover’s latest solo effort “The Fickle Finger of Fate,” and the weird shit Kurt Cobain used to decorate his apartment back in the day. Check out the full interview here in Glide Magazine.

“If you’ve kept up with the man over the years, you know that he’s a skilled musician and a clever lyricist, and those traits shine on The Deaner Album. “Tammy” written by anyone else could have been just another mullet-rock scorned-man-on-the-road revenge song, but Dean Ween spins the story with a lyrical prowess that rivals the likes of Elvis Costello and Tom Waits, but with that touch of crude, not-quite humor that leaves no doubt as to who wrote it. “Charlie Brown” is a beautifully grungy one-man show, with Dean playing all the instruments on a song that no doubt strikes a chord with anyone who has ever been at the end of their figurative rope; it’s the universal lament, with a mature stroke of hope at the very end. “Exercise Man” is straight up Dean Ween all the way, fast-paced and snarling, backed by the Meat Puppets’ Curt Kirkwood on guitar and full of the kind of pure snark we’ve come to expect from the man himself.”

Read my interview with Dean Ween here, wherein he talks about his new album with The Dean Ween Group, and a bunch of other stuff including his mom’s killer profiteroles. 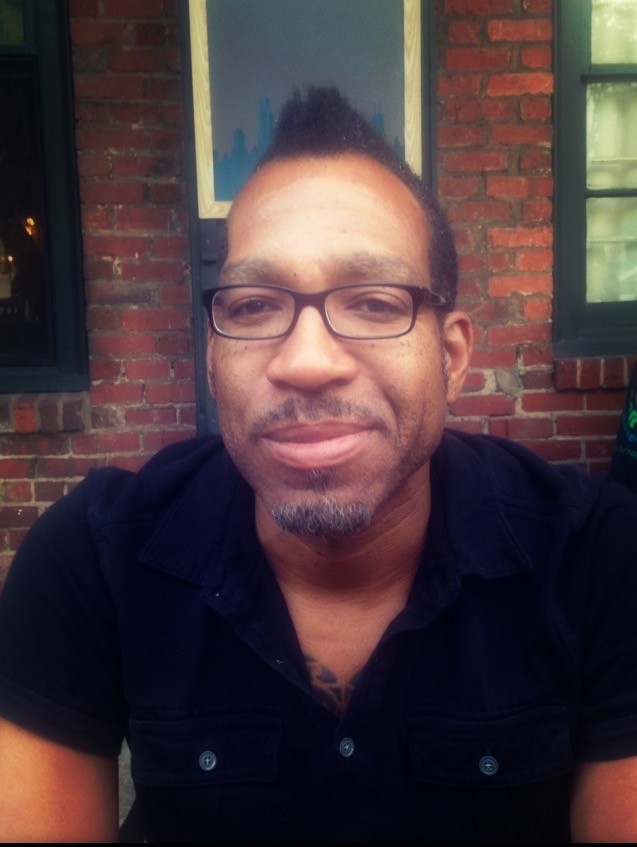 Last year, I interviewed Claude Coleman Jr. for the first time. Back then, there were no plans–that the public knew of, anyway–for Ween to reunite. But reunite they did, much to the delight of a huge number of people who can’t get enough of the band’s clever, off-the-wall songs. I caught up with Claude again a few weeks ago, to get his take on the reunion and find out where he’s been since we last spoke. It was a good conversation, set against the backdrop of a noisy bar and tempered by the balm of good whiskey, and the result is here, if you’d like to take a look. I think it was a pretty neat interview. I hope you enjoy it too.

The first time I heard Legendary Shack Shakers, I was sitting at a little tattoo shop called Freaks & Geeks in West Asheville, waiting to go under the needle for the first time. If you had told me back then that one day I’d be interviewing the lead singer and songwriter for the band, I would have laughed–but not too hard; after all, there was some guy with a sharp implement working dangerously close to some of my favorite body parts.

As coincidence — or fate, if you believe in such things — would have it, my conversation with JD Wilkes somehow looped around to tattoos and angry punks, and as I was transcribing everything, I found myself stopping several times to consider his words as they related to things that I’ve been going through. And in the end, what it comes down to is this: be who you are, embrace what you love, and then go out and make the absolute best of it that you can. Pretty simple, really, but sometimes it takes some guy swinging from the rafters to make you remember it all.

“The best way to be counterculture is to live a life embodying the things that you mourn the loss of without drawing attention to it in a literal way.” -JD Wilkes

After I spoke with JD, I caught the Legendary Shack Shakers at the Grey Eagle, and in the middle of his hyper/interactive stage show, something about JD’s hands caught my eye: he was signing, using American Sign Language (ASL) to communicate during some of the songs. I’m not nearly fluent enough to have any idea what he was saying, but there was no doubt that he was signing to the audience. I’ve worked a lot with children with special needs, and a very dear friend uses ASL quite a bit in her work, so I had to follow up with Wilkes to see what the signing was all about. He was gracious enough to fill me in, saying in part, “It’s another visual. ASL are basically hand gestures, so that’s fun to watch if you’re in the audience. But to me it’s also ‘secret information’ being communicated, which is like my mystic, southern lyrics and garbled CB/auctioneer vocals.”

To find out the stories behind some of my favorite Legendary Shack Shakers songs, hear what music influenced JD as a child, and get his thoughts on punk rock, modern country music, religion, ASL, and more, read the full Songfacts interview here. For more photos from the Grey Eagle show, click here. And be sure to check out Legendary Shack Shakers new album, Southern Surreal. It’s spectacular.

Cracker, remember them? If you were around in the ’90s, you know who they are, even if you don’t remember their name. “Low,” “I Hate My Generation,” “Get Off This:” these were the guys who didn’t just whine about how life sucked, they screamed about it and acknowledged their part and kinda prodded you in the ass to do something about it. I knew they were groovy, but I really fell in love with Cracker when I heard the word “fecund” in their song, “All Things Beautiful.” Music is awesome; smart music is like… fuck, you know? It stays with you. One of my favorite memories is of driving around with my sister in my beat-up minivan, singing along with “Mr. Wrong” at the top of our lungs, feeling like everything was absolutely awesome with the world. We both ended up finding our Mr. Rights, but Cracker is still a huge part of some of my best memories.

I recently got the opportunity to interview Johnny Hickman, who along with David Lowery, is half of the songwriting team behind Cracker’s beautifully snarky and intelligent lyrics. I thought I’d share the link with you here; I hope you enjoy it. And if you haven’t yet, be sure to check out their latest album, a double record called Berkeley to Bakersfield. It’s fantastic, truly.